When you think of sports, yoga probably isn’t the first thing that comes to mind.

The discipline, which originated in ancient India as a means of spiritual enlightenment, is now practiced in gyms and health clubs around the world.

But does that mean it can be considered an actual sport?

Both sides of the argument have compelling arguments.

If you’ve been wondering about whether yoga can be considered a sport or not, we will dive deep into this question today and get to the bottom of the answer.

Is yoga a sport?

The simple answer to this question is yes. Yoga is definitely a sport and can be considered as such.

There are many different styles of yoga and each has its own set of health benefits.

While some forms of yoga are more athletic than others, every form of yoga can be considered a sport.

Athletes engage in activities that require physical strength, skill, and strategy, even though yoga sometimes requires little more than a willingness to sit in various poses while staying relaxed and focused, it is still a sport. .

Now, before you try to argue about this, if chess is considered a sport, and so is walking, then yoga definitely qualifies as a sport.

The argument that yoga is not a sport because it requires little physical exertion sounds like an excuse by people who don’t practice it to keep their bodies in shape.

Because the fact of the matter is, when you practice yoga, you will notice that quite a high level of both skill and strength is required to become truly good at it, let alone the mobility factor.

Yoga is a sport in the most traditional sense of the word.

So let’s take a look at what yoga does for your physical health:

Is yoga a good exercise for physical fitness?

Some people think yoga does not contribute to an increase in physical fitness, which is defined as an improvement in the body’s ability to perform daily tasks and engage in athletic activities.

While yoga is great for the mind and body, people often have the misconception that it’s not a good form of exercise for building physical fitness.

This is because people sometimes think it does not challenge the body in a way that produces a reaction, like running or weightlifting would.

However, this couldn’t be further from the truth.

Yoga incorporates a lot of flexibility, mobility, and even strength in order to successfully complete the flows.

The more you practice yoga, the more you will practice more advanced poses that require lots of body control.

Think about it: if exercises such as pushups are undoubtedly beneficial for building strength, then why wouldn’t poses that are almost identical to that not work the same?

Of course, you will not get the same intensity out of a yoga workout that you would from, say, a sprint workout or lifting extremely heavy.

However, if your goal is to become fitter in general and improve overall health and fitness, yoga is definitely a very viable option.

The benefits of yoga for athletes 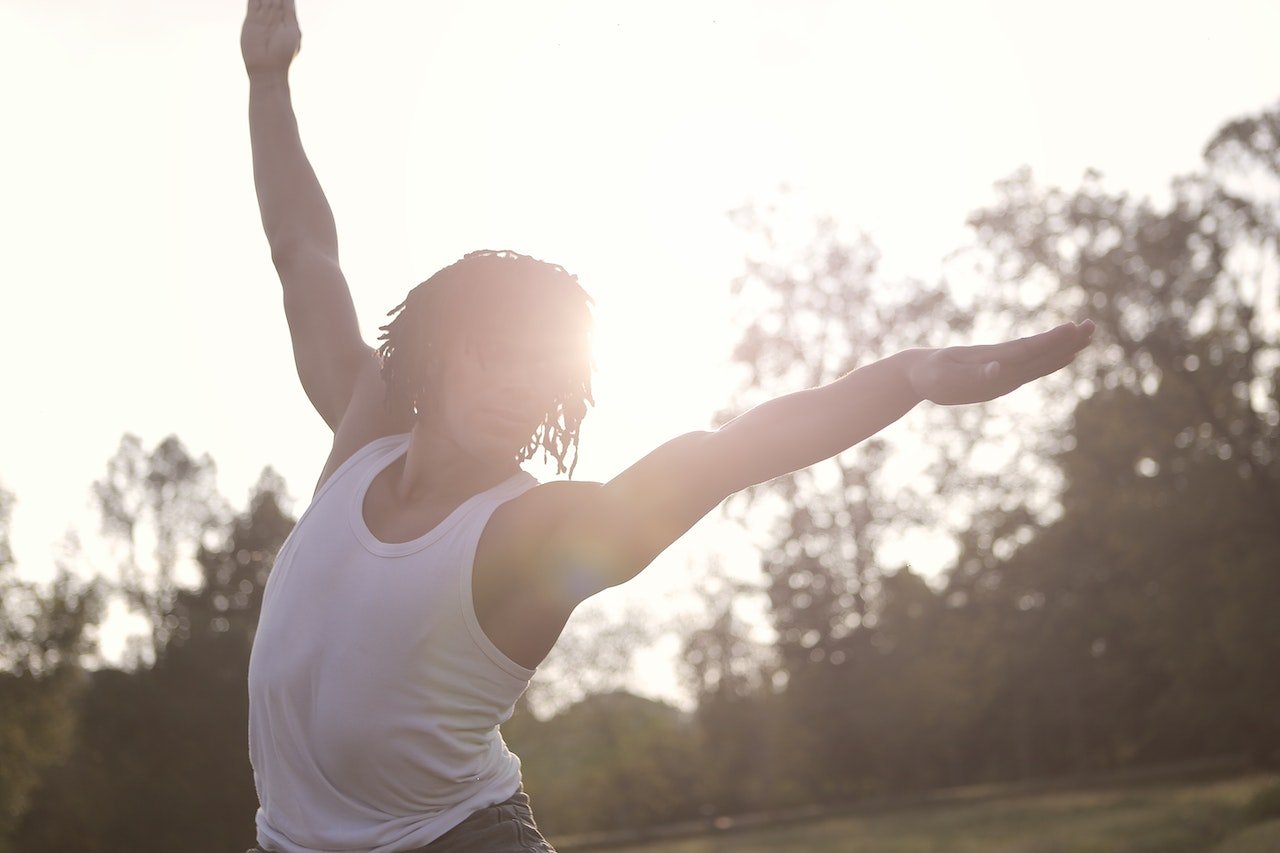 Some athletes practice yoga as a way to improve their flexibility and build mental strength. But that’s not all!

Yoga can help athletes improve their flexibility, which can help them avoid injury and enjoy their sport more because it can be a good way to stretch before or after a workout or game.

The practice of yoga can also help athletes improve their mental strength and focus, and can be a good way to de-stress after a competitive game or workout.

However, yoga also helps with physical fitness, so it is a good way to improve athletic performance.

Athletes may use yoga to improve their mobility, but it can also be a great option to increase overall core strength and muscle control.

Especially for athletes with intense workout schedules, adding in yoga can be an amazing balance that still allows the body some movement without demanding too much of it.

While there are tons of different ways to practice yoga, you can always go for a more athletic approach, which brings me to my next point:

Can you make yoga more athletic?

Yoga can improve the mind and body and be a good hobby.

There are many different types of yoga, ranging from very passive versions such as Yin Yoga (in which you hold poses for a very long time with the goal of relaxation), to more demanding yoga.

If you want to make yoga more athletic, there are honestly countless ways to go about it.

There are many advanced flows that might be challenging for you, and if not that, there are tons of variations of different poses that will help you make yoga a bit more athletic.

Don’t be afraid to mix up your poses so that you can use each exercise as best as you can.

When it comes to making yoga more athletic, the sky is definitely the limit.

You can try hot yoga, which will be more demanding to your body by simply taking the poses to the next level.

You can also try high intensity or power yoga, which will put more physical exertion into your yoga practice.

You could try holding poses for longer or move through your flow quicker than usual to play with the intensity.

In general, there are so many yoga poses that you can progress to, that there is always something you could be learning and improving.

Aside from simply having a more athletic flow, you could also try taking on a more passionate approach to your practice as well.

Jumping, dancing, and swinging through your poses can be fun and very encouraging while improving your body.

You can also try incorporating an element of athleticism in any existing flows by adding in strength movements or intensity.

You see, there are no real rules to how you practice yoga – if you want to spice up your practice a little bit, go ahead!

Now: you might be wondering if something like yoga could possibly be competitive. Well, I’ve got an answer for you!

Competitive yoga is quickly growing in popularity, but it is not yet considered a sport by the International Olympic Committee (IOC).

Competitive yoga contests can involve several poses and other aspects of the practice.

It has been practiced in India for a few decades already to bring more awareness to the sport.

Competitive yoga is growing in popularity across the world.

It’s not only practiced in the USA already but is growing rapidly across the globe, so I think it’s safe to say that competitive yoga could be an official competitive sport one day soon!

If you enjoy yoga, you can incorporate aspects of the practice into your daily routine by challenging your mind and body with poses.

But let’s get down to the nitty-gritty details:

Could yoga become an Olympic sport?

Yoga could become an Olympic sport if it meets the necessary requirements.

To become an Olympic sport, an activity must be widely practiced, must have an international governing body, and must have an Olympic philosophy that aligns with the values of the Olympic Games.

Yoga has a long history that can be traced back thousands of years.

Today, it is practiced all over the world as a means of spiritual enlightenment and as a way to improve physical and mental health.

To become an Olympic sport, yoga would first need to be recognized by the IOC as a sport.

Once recognized, it would need to meet the requirements to become an Olympic sport.

However, that doesn’t mean that yoga couldn’t become an Olympic sport in the near future!

Yoga could be a sport if the International Olympic Committee approved it.

It is likely that yoga will be added to the list of sports soon, but there are no guarantees.

There are many competitive options you can practice as a way to improve your body and mind, which makes yoga an effective hobby or sport to practice.

Yoga is also a spiritual practice 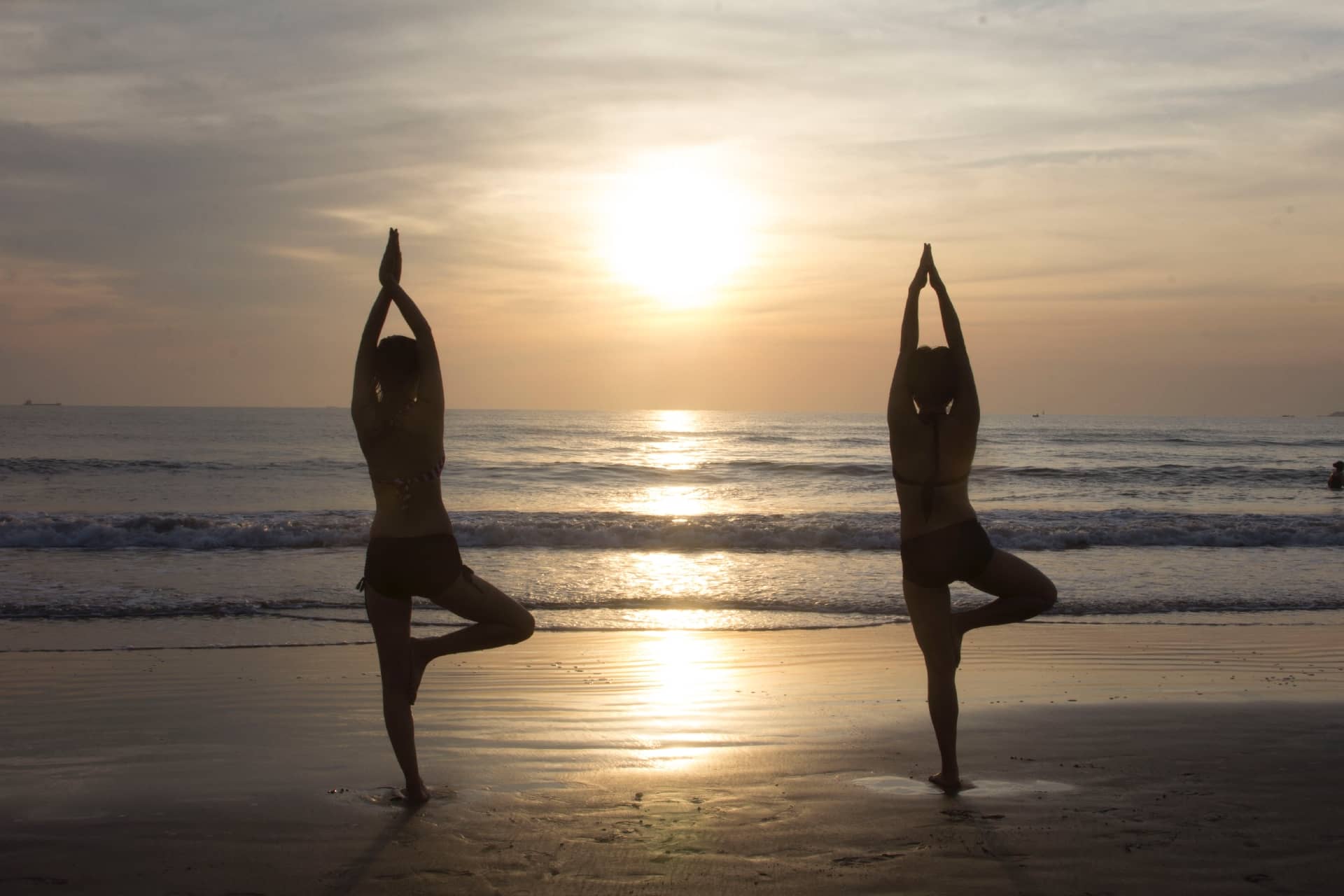 While yoga is a physical practice that activates both the body and mind, it is also a spiritual practice.

In fact, the origins of yoga stretch back to ancient India as a means of spiritual enlightenment.

For many people, yoga is not just something they do to improve their health. Rather, it is an essential part of their spiritual practice.

If you are interested in practicing yoga as a way to improve your mental and physical health, you should find a class that meets your needs.

If you are interested in practicing yoga as a way to explore your spirituality, you should find a class that is designed for that purpose.

Regardless of your intentions, you should make sure to find a class that is right for you so that you get the most out of your experience.

While there are some similarities between classes that are geared toward different purposes, there are also some differences that you should be aware of.

For example, if you practice yoga in a class that is more focused on spirituality, meditation will play quite a significant role in your class.

If you are looking for something more physical, you might be interested in a hot yoga class.

These classes are very taxing on the body, and the purpose is to push your body to its limits so that you can feel your muscles working and experience all of the benefits that yoga has to offer.

Should you practice yoga if you want to improve your fitness?

I will be honest with you here: if you want to really improve your fitness, there are countless ways you could go about it.

One of them being simply starting to walk more or incorporate yoga into your routine.

Now I will not lie: starting a more intense exercise regime like running or lifting weights might bring you more results quicker.

However, fitness is very nuanced. You see, the biggest contributor to whether you will be successful with your goals in the long term has less to do with the specific exercise you do and more with how consistent you are with it.

That brings me to my main point: if yoga brings you joy, try not to worry too much about how “athletic” it is.

If you enjoy yoga and its effects on your body and mind, then do not change it!

Some people do yoga as a more spiritual practice, while others do it more for fitness.

And the best part is, both are effective! It comes down to how you want to experience the art of yoga.

The thing is, doing yoga will always beat doing nothing, so if you love yoga – go for it.

And if you want to use it as a complementary exercise, that’s a great idea, too!

As I mentioned earlier, yoga is growing in popularity all over the world.

In fact, it’s not just popular in India anymore. You see, the practice of yoga was originally practiced by Hindu elders to enhance their health and spiritual enlightenment.

Today, it has evolved into an international phenomenon that people all over the world can enjoy.

Yoga can be a great way to improve your health and find calm in a hectic world.

However, it is important to make sure you are practicing the right type of yoga for your needs.

Yoga is a sport and it can be an excellent way to get in shape and improve your overall well-being.

If other people are telling you yoga is not a sport, try not to listen – it is just as much a sport as running, hiking, chess, cycling, or anything else!