‍Maybe you’ve heard that there is a difference between Eastern and Western Yoga.

Are they just different names for essentially the same practice?

Or are they truly different in their approach and philosophy?

I wanted to find an answer to that exact question, and so I found the 8 main differences between western and eastern yoga!

1) In the West, yoga is an exercise, in the East, it is a path to spiritual growth

In the West, yoga is an exercise.

There are many different types of yoga, but the aim is to strengthen the body and increase overall flexibility.

No matter what type of yoga you practice, you can expect to feel a real workout, both mentally and physically.

This is because Western yoga is mostly about the physical aspect.

In the East, yoga is a path to spiritual growth. It is practiced with the goal of self-realization and realizing the true nature of the self.

Regular meditation is an important part of this practice, which helps one to focus on their own thoughts and find their true self.

While both practices will definitely make you sweat, Eastern yoga will make you focus on that inner journey – rather than on the physical changes that Western yoga will bring.

You see, when you start practicing yoga in the West, sure, you might love the spiritual aspect of it, but most people still focus on the physical benefits.

Even if you focus on the spiritual side, you still have to go through the physical motions and probably have some physical goal in mind, like finally mastering a certain pose or becoming stronger.

In the East, however, yoga is practiced from the very beginning with a goal of self-realization and realization of the true self.

You see, of course, people who practice Eastern yoga will also reap the physical benefits of yoga, but for them, that’s more like an afterthought.

The priority is to realize your true self – not to improve your physical shape.

2) In the East, yoga teachers are gurus who are admired, in the West, they are more like trainers

In the East, yoga teachers are revered as gurus and are seen as having a higher level of understanding and ability. It is a great honor to be a guru, and they are seen as almost superhuman.

In the West, yoga teachers have to have lots some training and qualification, but they don’t necessarily need to be connected to the divine in any way.

The aim is to make sure that the people teaching are qualified and capable. There are also lots of different styles of yoga, so teachers will have been trained in all of them.

You will find that in the East, yoga teachers will want you to be quiet and respectful, whereas, in the West, they will be more like trainers who want you to be more active and engaged.

Western yoga teachers are often more like friends, whereas in the East, the guru-student relationship is more traditional, and the student is more submissive.

The thing is, in the East, gurus will be able to really help with the spiritual growth of their students, whereas in the West, the yoga teachers are more focused on form and technique.

They will teach you how to do the poses and how to breathe, but they won’t necessarily be able to help you with your inner journey.

3) In the West, it is almost purely about the physical sport, in the East, a big part of it is meditation and mindfulness

In the West, yoga is almost purely about the physical. There are also different styles of yoga, which are mostly about the type of poses used.

In the East, the physical aspects are important, but the main focus is on meditation and mindfulness. The aim is for the mind to be completely still so that you can really focus on yourself.

In Eastern yoga, the aim is for you to practice awareness that helps you to be less judgmental of yourself and others. It is about being completely present, without being distracted by other thoughts.

In the West, there are many styles of yoga that focus on this, such as Vipassana and mindfulness-based yoga.

However, the actual practices in the West are usually – coming there, doing the flow, and then maybe there is a short meditation before you leave (if you’re lucky).

In the East, however, meditation plays a huge role in yoga and some sessions will start and end with a 30-minute meditation, making that almost more time-consuming than the yoga practice itself!

That’s because the mindfulness aspect is so important to Eastern yoga, and it is a lot more time-consuming than Western styles. 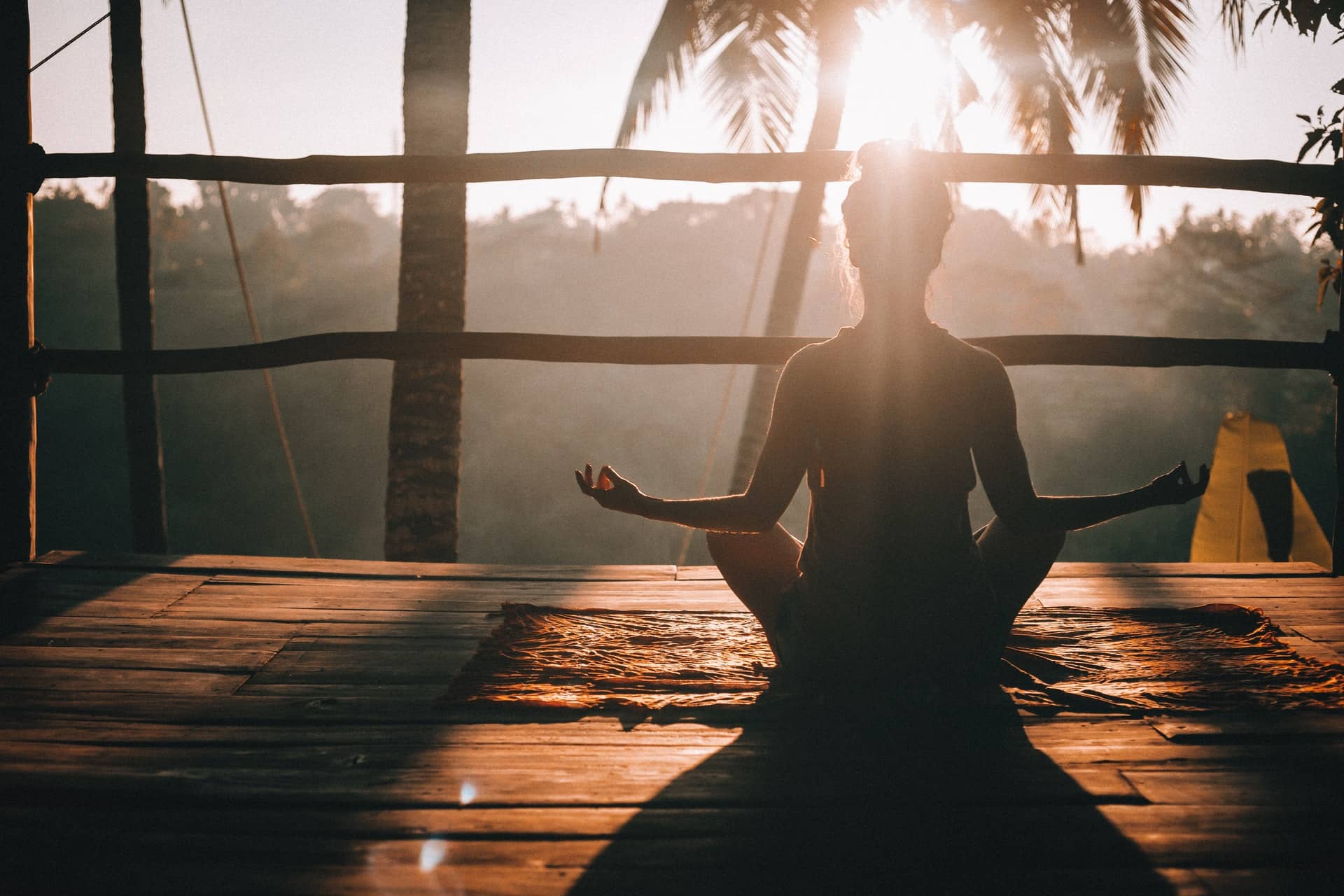 4) In the East, yoga is quieter, without music in the background

In the West, yoga classes are often very loud with upbeat music playing in the background. Even if it’s not upbeat, there is almost always something – nature sounds, meditation music, etc.

Some of the Western classes are even designed to be loud and engaging. The whole class might be designed to raise your heart rate and get you sweating.

In the East, they might have a few candles, and the room will be very quiet most of the time. There might be no music, or if anything, a very quiet melody playing.

There will be many different styles of yoga in the East, but overall, they will be more focused on being calm and quiet.

You see, in the East, it’s not so much about the physical, it’s about being introspective and aware of yourself and your surroundings.

It’s about being mindful of your thoughts and actions, and being aware of the world around you.

That’s why the actual setting will be very different, as well.

5) In the West, yoga is a business industry, in the East, it’s more about the spiritual meaning behind it

In the West, yoga is a big business, and there are lots of famous brands and celebrities who are yoga instructors.

There are lots of yogi influencers, tons of athletic brands are profiting from yoga activewear and even classes, memberships, and tools are all about profit.

In short, in the West, yoga is one huge business.

In the East, yoga is more about the spiritual meaning behind it.

It is a way of life, rather than a trendy physical activity that people do for a couple of years and then drop.

In the West, yoga is often seen as the newest trend, but in the East, it is much more about self-transformation and finding your true nature.

6) In the East, hot yoga does not exist

Hot yoga is a very popular type of yoga in the West, but it does not exist in the East.

In fact, in the East, there is not even a word for hot yoga.

Hot yoga is often practiced in a heated room, with the heat helping people to stay sweaty for longer and get even better results.

Hot yoga is different from Bikram yoga, but they do have some similarities.

Both are done in a heated room and are designed to increase sweating and flexibility.

Hot yoga is not seen as a part of yoga in the East. There are many different styles of yoga, but there is no heated yoga.

Now: there are lots of people who love hot yoga -it allows you to get really sweaty and people say it gets your toxins out.

However, just as a lot of things concerning yoga in the West, it is a business – a way to market yoga in a different way to get more out of it.

Of course, there are tons of people who love hot yoga and for whom it is the perfect exercise, so there is really nothing wrong with practicing it, but it’s not traditional in Eastern culture. 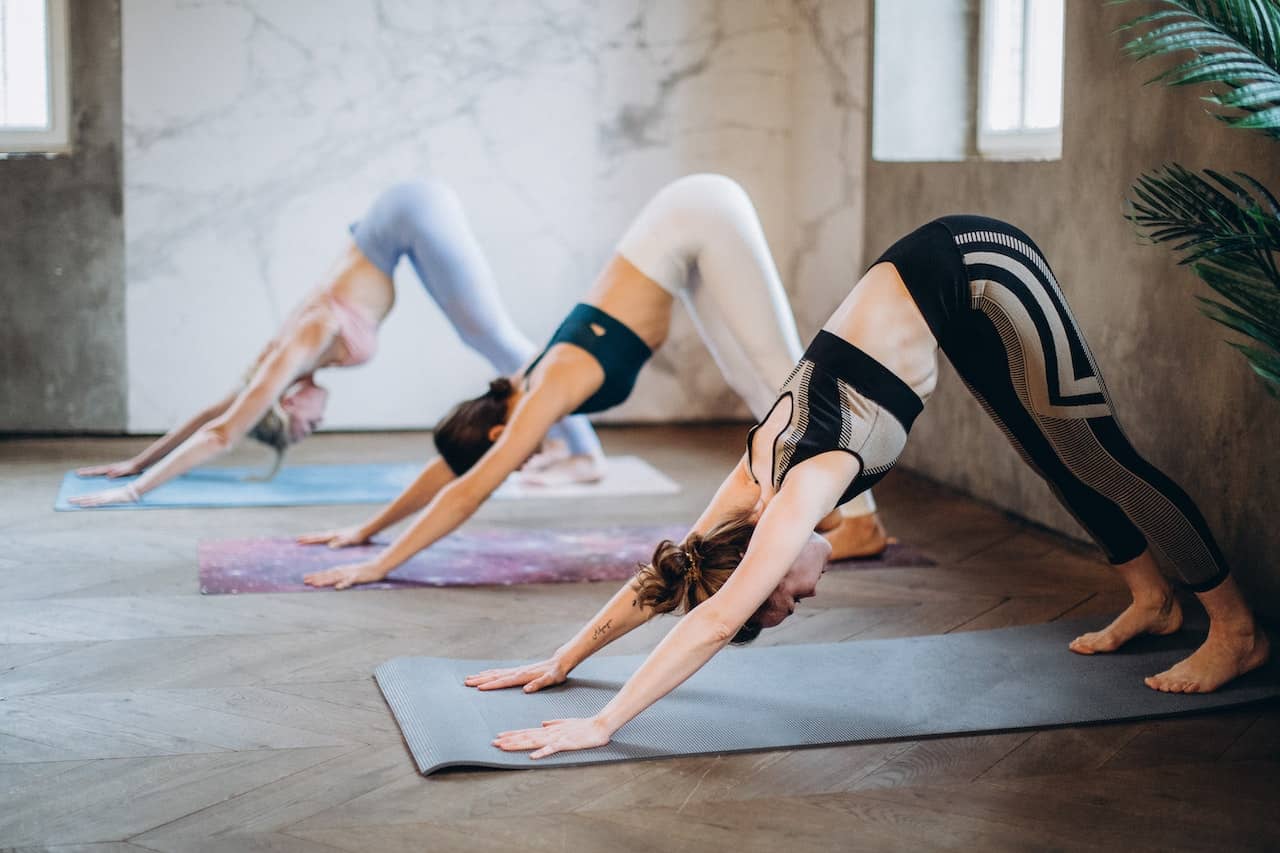 7) In the West, yoga is commercialized and far more available to lots of people

In the West, yoga is often seen as a way to get fit and stay in shape, so you might have an image in your mind of people in the gym doing yoga.

In the East, yoga has been around for centuries and is more of a spiritual path for self-realization.

There are different styles of yoga in both the East and West, but in the West, there is more choice and it is far more commercialized.

There are also many different types of yoga in the West that are designed for people of all ages and abilities.

You can find classes designed for pregnant women or people who have had injuries or illnesses.

In the East, yoga is mostly designed for people who are interested in the spiritual side of things. It is not designed for a specific group of people.

This, of course, is a huge advantage in the West – the commercialization obviously has its downsides, but it also made yoga available and attainable for lots of different groups of people.

No matter what bodily restrictions you have, no matter what your goals are, no matter if you want to focus more on the physical or the spiritual, you will find appropriate classes for that in the West.

In the West, yoga has been around for a long time, but in the last couple of years, it has really grown.

It has been popularized by celebrities and used by lots of different people.

In the East, yoga has been a way of life for centuries.

It is a spiritual practice that is used to help people to transform themselves into better versions of themselves.

The thing is, in the West, yoga comes and goes, people do it as a workout for a few months or a few years and then move on to something else.

And even for people who have practiced yoga in the West for years, they still only show up to yoga during their practice on the mat and then move on to different things in their day-to-day, forgetting all about yoga in the meantime.

In the East, it’s a different story.

Yoga is not only the 45 minutes or an hour a day that you practice – it’s a way of life.

Yoga is everything that you do, from eating to how you talk to other people, to how you work. It’s a way of life that is meant to help you to transform into a better person.

A true yogi never really leaves their practice – they are constantly practicing yoga in everything that they do.

How you do one thing is how you do everything – and so in Eastern tradition, yoga is something you remind yourself of with everything that you do.

You are always practicing yoga, whether you are on the mat or not.

As you can see, there are many differences between Eastern and Western yoga.

Hopefully, this article has helped you understand these differences so that you can engage in whichever type of yoga you choose.

The thing is, there is really nothing wrong with either one of those types of yoga, they are simply very different.

I believe it’s a good thing that there are more options, as it makes this beautiful practice available to more people!

No matter which type of yoga you choose, it’s a great practice that can help you to get in touch with your inner self and find peace and happiness.